Skip to content
So, when I said to “come back tomorrow for another project”, I should’ve said tomorrow night. The reality of my life is that I rarely have enough time to even think about getting on the computer for anything, much less a whole blog post!  Not only that, but this is one of two parts. Thus, building a gate part one. 😉
I’ve been so busy with things around the yard this summer though, that I really want to share, so late night blogging it is!!
This summer I decided to get an above ground swimming pool. We don’t have air conditioning and the thought of a sweltering summer with now relief or endless trips to the public pool was somewhat grim to me. The children were so anxious that they would do anything to help make it possible to set one up, so I took advantage of their willingness to get busy on the long desserted side yard of oour house. I knew that with a pool, we would be using this area often, so not only functionality but safety was a real concern. The post to the gate had deteriorated causing the gate to tilt and the whole section was very unstable. 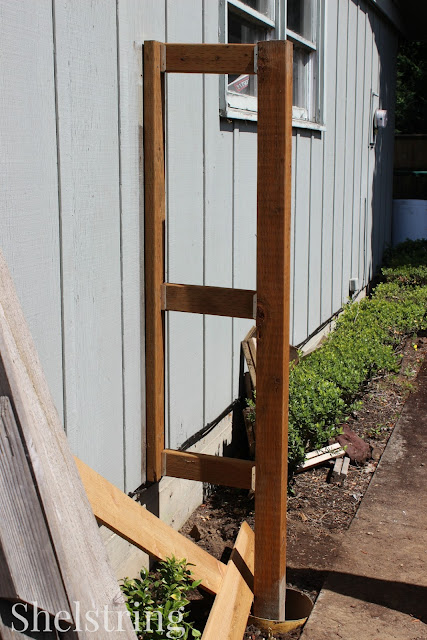 After I purchased all the materials, my husband got to work setting the post. My 14 year old son and I did the rest, hammering in brackets and support boards. I will be showing you the other side during part two, it’s actually pretty impressive for a mother and son team that had never built a fence before! 😉
Though I admittedly screwed in each fence board 3 times before I was happy with the results of the fence itself, the part that I was most intimidated by was building the gate. I will say that I have intended to be the one to build it ever since the realization that we needed a new gate occurred, but all the same, I didn’t want to mess things up on something that would be so obvious not only to family, but passerbys on the street. I tend to really be drawn toward projects that you can’t mess up because I tend to be a perfectionist, which, with seven children doesn’t serve well most of the time. Well, any time really! 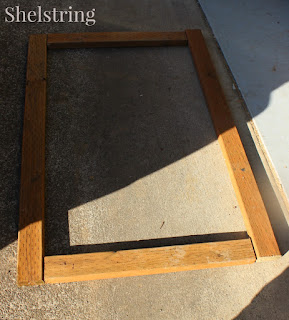 To start out this project, I measured and cut my boards, then lined them up the way they would be assembled. Then I got out one of my favorite tools, a pocket hole jig (I share the first project I ever did with this fun tool HERE!) 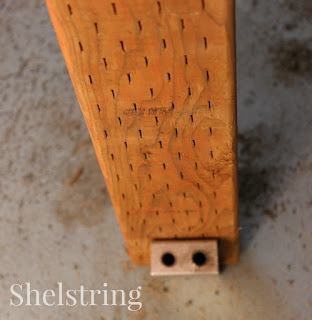 When I use this jig, I’ve learned to mark on either side of it in case I have to go back a re-drill anything..I learned that lesson the hard way!
It’s a good thing too, I had to go back and re-drill a couple of times. 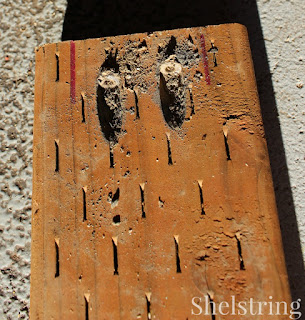 Then I inserted my screws ready to drill into the side of the frame.
If you don’t use a jig very often, the best way to keep straight where and what side you need to drill your pockets into, is just the same side, so turning the board around while the holes are facing you to drill the opposite side is the best way to keep things in order.
I learned this the hard way too, another reason it’s best to lay your frame out before you even get started. 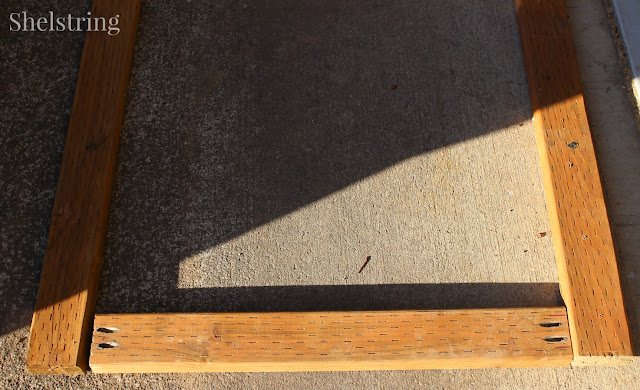 This is how it should look, the right side is screwed in, the left is ready to be…thus the gap 😉 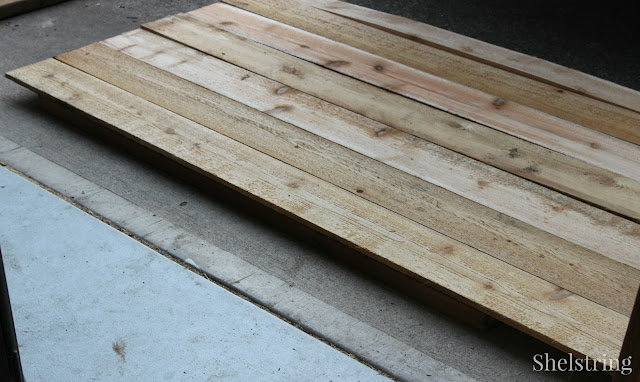 Now that the gate frame was assembled, it was time to attach the fence boards. This part was fun for me. Not much to it, just making sure I knew where the bottom boards were to screw in the boards properly. I had one board that was narrower than the rest in order to fit the measurement correctly. 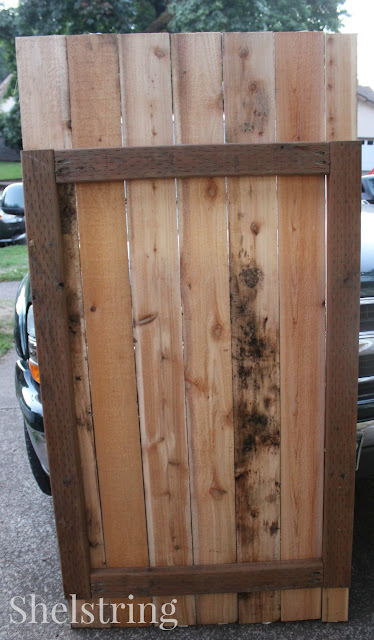 This is what it looked like when I propped it up.
Next I added supporting braces. This was done with a miter saw at a 45 degree angle with leftover pieces. 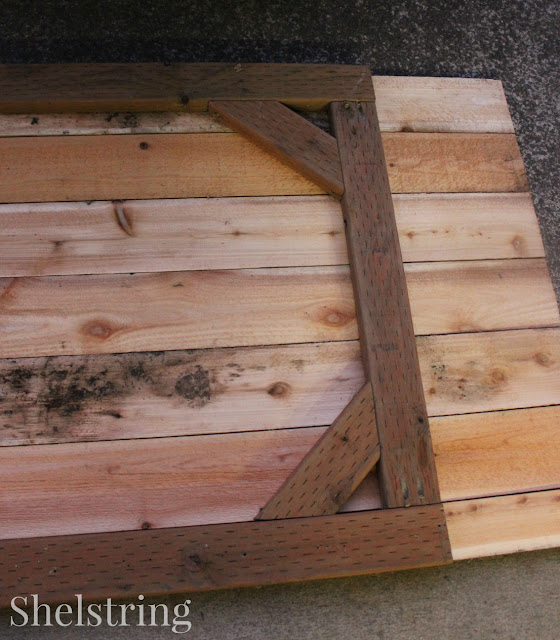 I really wanted my gate to have a rounded top, so I drew out the rounded edge with a sharpie. As a guide I used the edge of a children’s rocking chair, haha! It was the only thing I could find that resembled what I was trying to do and I was too afraid to free hand it. 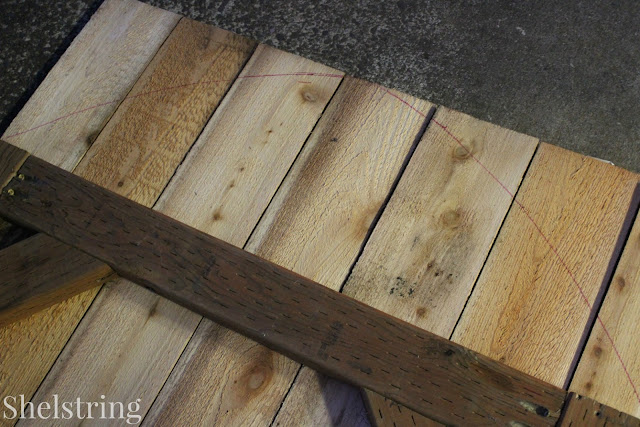 Well, that wraps up part one of building my gate! I will show you the rest on Saturday with more detailed pictures, how I fixed the arch that was too high, and added a window.
Please join me tomorrow for a beautiful home tour by Sue from a Purdy Little House. You will love what she’s done with her yard!
Toodles,