Skip to content
A couple years ago I swore off sewing Halloween costumes for my kids. I always seem to be sewing up to the last dreadful minute and completely stressed out, no matter how hard I plan these things. I’m apparently not my mother.
But when we were discussing what the children were going to be this year, I suggested my little sweet 7 year old be a black cat. A witch, a skeleton, a black cat. Sounds perfect, right?
So just like anything else, I suckered myself into something that I knew I would most inevitably regret. Sewing another black cat costume. The girls remember the one they wore as babies. So how could I resist my sweet girl asking me to sew her a costume? I have made every other child a costume, why not her too?
Love it when parent guilt takes over. And at the moment, things like that don’t seem to be that much more on your plate, right?
Then reality kicks in and no matter how wonderful I try to be at planning…life is life and the chaos of my life kicks in with an enormous rush of reality at the most dreadful of times.
Those of you who follow me on Instagram will recognize this photo: 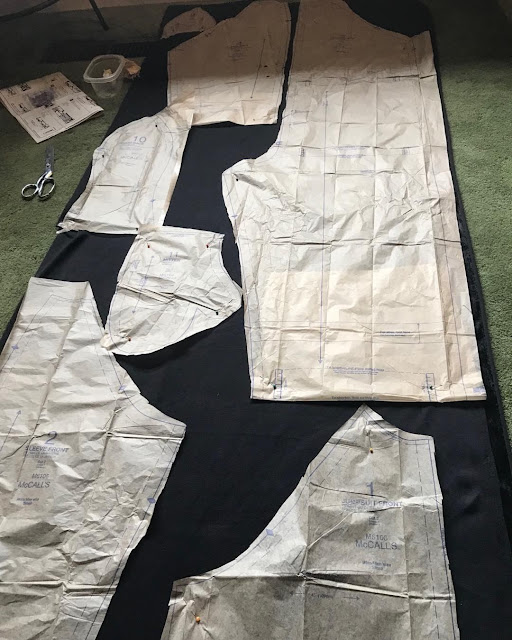 With this caption:
What to do on a rainy Saturday afternoon? Cut out #Halloween costumes of course!! #saturdayisaspecialday #rainydays
We had a Halloween Harvest party to go to Saturday night, so I spent the entire day cutting and sewing, and feeling like things weren’t going well.
Turns out they weren’t.
After sewing the whole doggone outfit up, zipper and all, it drowned my seven year old. The front sleeve was too short and the back sleeve too long…I had chosen the wrong size pattern and cut the sleeves wrong.
The fabric wasn’t my original choice either.
So 32 dollars and 8 hours later,
the hour before the party, 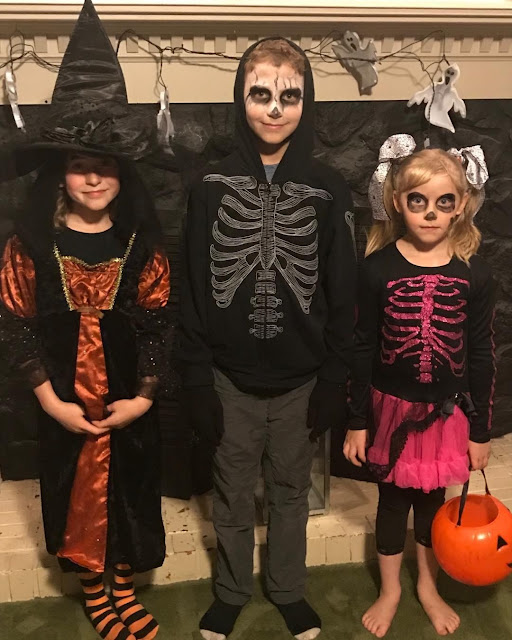 This photo is also an instagram courtesy. 😉
I ran pulled down costumes from the attic and my 7 year old was a girl skeleton…a costume that was sitting around the house all week long.
I pulled some web printed wire ribbon from the craft closet and within minutes…
She was the cutest skeleton I’ve ever seen.
But don’t tell,
she wanted to be scary.
Here’s to re-learning life’s lessons!
Kudos,

One thought on “Sewing Halloween Costumes”