Skip to content
We’ve been wanting to repaint the outside of our house pretty much ever since we moved in. There was such a long list of “to-do”‘s that it was low on the totem pole, right there with replacing the carpet. Hard to believe, but it’s kind of like making the choice to have surgery for removing cancer, or liposuction and a tummy tuck. One would be nice but the other is life threatening and necessary. In the spring, however, we accepted a job in Utah and we are now selling our house, so the priority has moved up on the list.

We were able to enjoy the new color for the last few months we lived there.  I’m excited, though quite delayed with all the overwhelming events of the last while, to share with you the before and afters of our painted house! 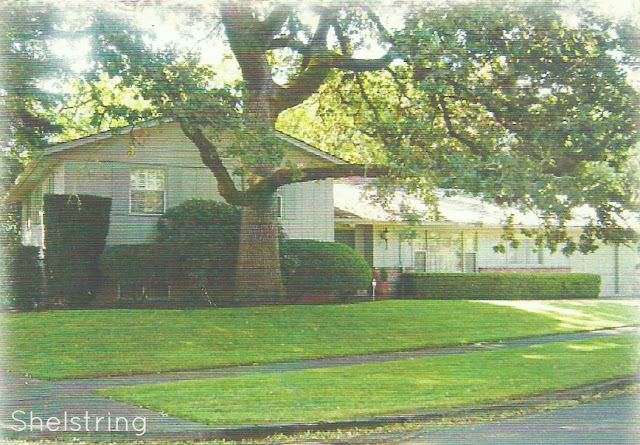 This is a scanned image of the flier we had when we first found our house. Though the yard is gorgeous, when you would drive up the road, the house would be lost in the foliage. We have trees surrounding us and the color did not stand out. 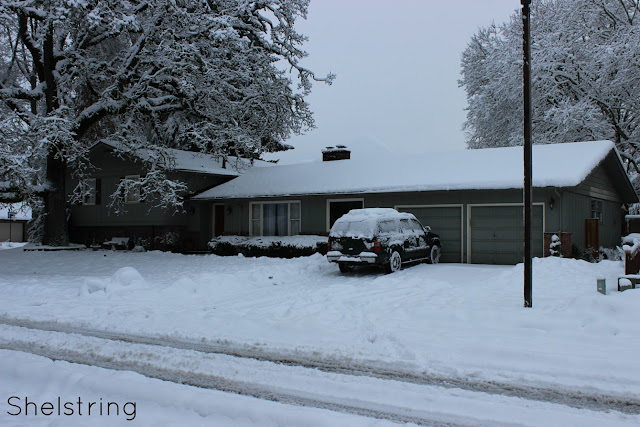 These images are the only ones I could find after I painted all the trims an off white, the door red, and the shutters a deep brown. I did this shortly after moving in, but many years of photos were lost when our computer crashed last November, so you get winter images. Largest snowfall in recent Eugene history. 8 inches! 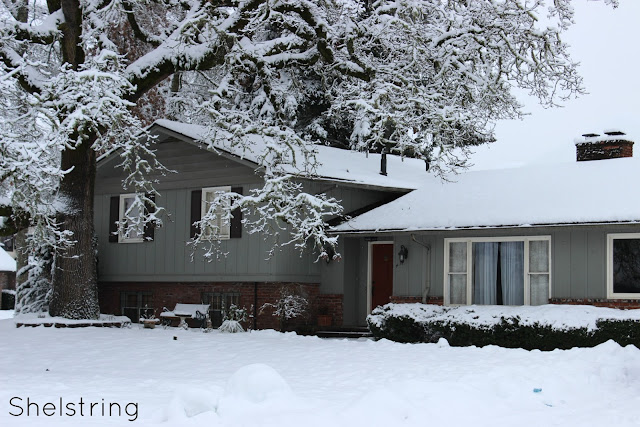 When they first painted the house, it was hard to tell that it was a different color. The color I chose is a soft brown instead of the gray/green. It wasn’t until the door and trim work was done that you could really see a difference. 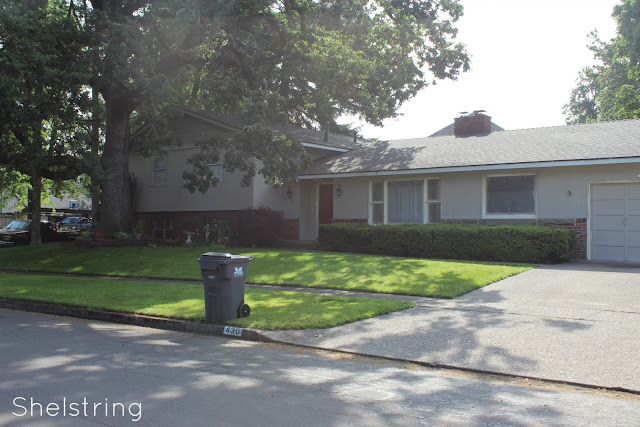 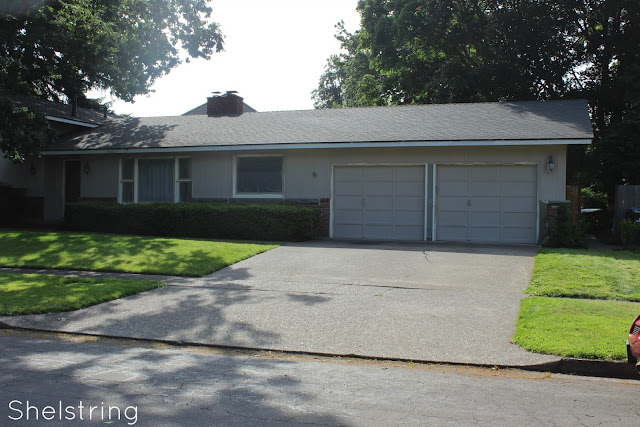 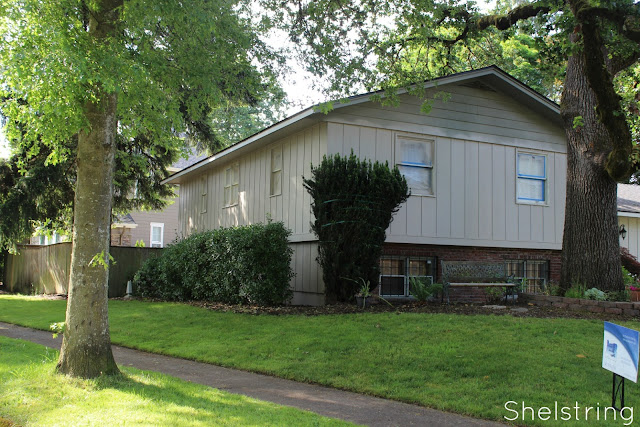 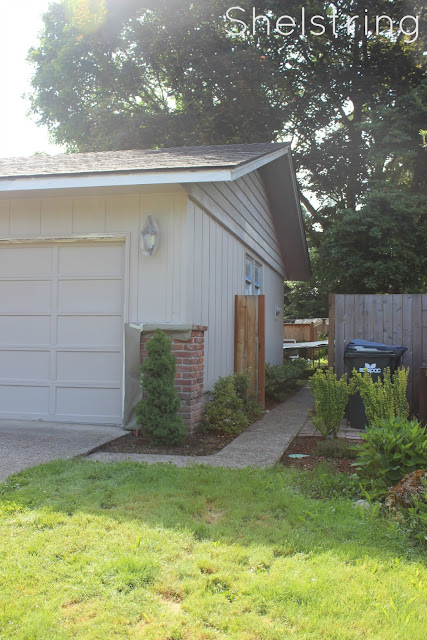 The back is where you can see the contrast during the process. The gable is the old color. 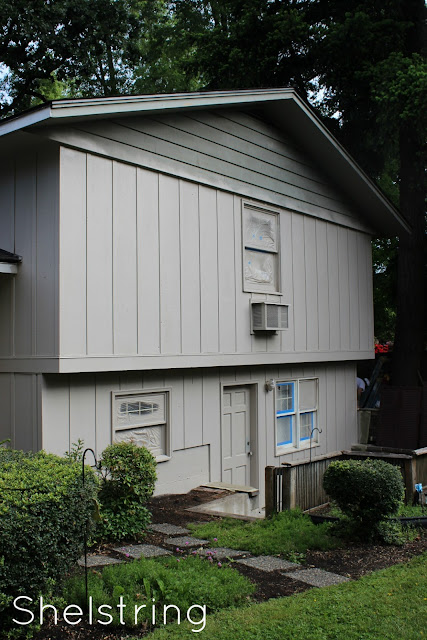 We worked with Joshua at Precision Painting here in the Springfield area. He and his crew were FANTASTIC to work with. Very prompt and responsive and extremely well priced. I would recommend them to ANYONE. 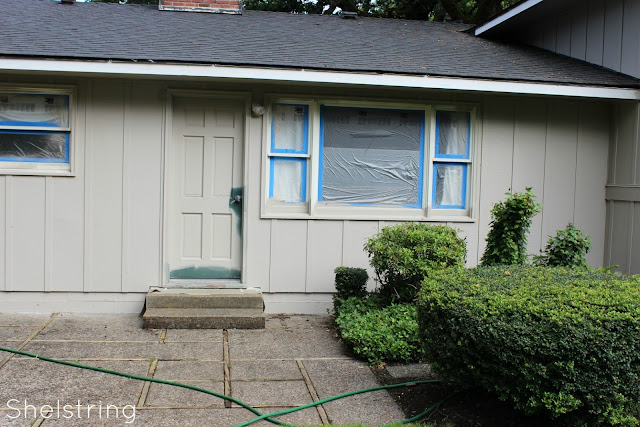 There were a lot of decisions to make along the way. We chose to have the doors painted the same as the trim. Since there were 4 back doors, however, Joshua and I thought it would be good to camouflage one of them. The middle one here ended up the same color as the rest of the house. 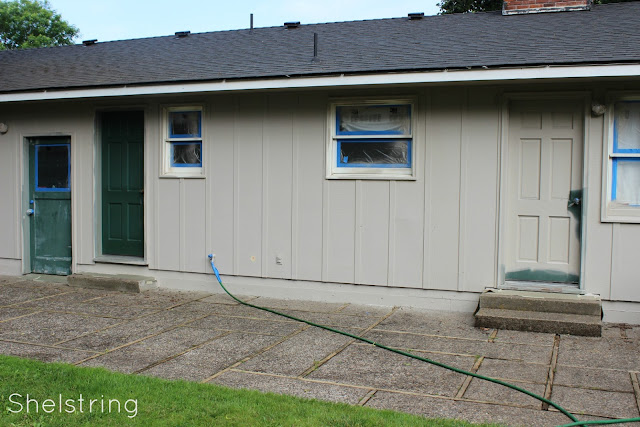 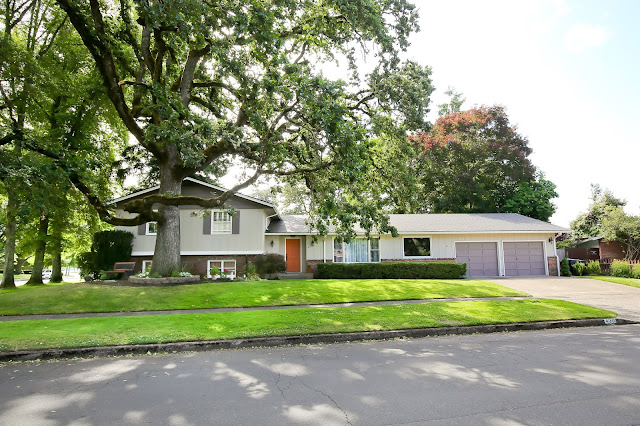 Some people don’t like that the door is orange. It is a bright, yet soft color that brings out some colors in the brick. Though we are getting our house ready to sell, I waited so long to paint that I decided to paint it what I’ve wanted all these years. A new owner can paint a door again if they don’t like it, right? I know, can be a debatable question. However, I love it! 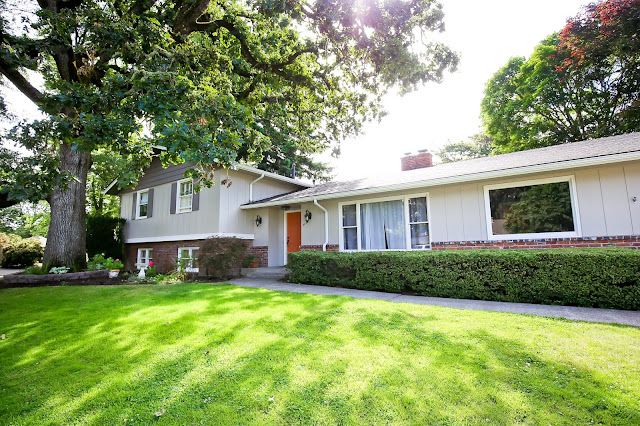 I feel like it is very welcoming and inviting and the census of those who liked it was far greater than those who didn’t. 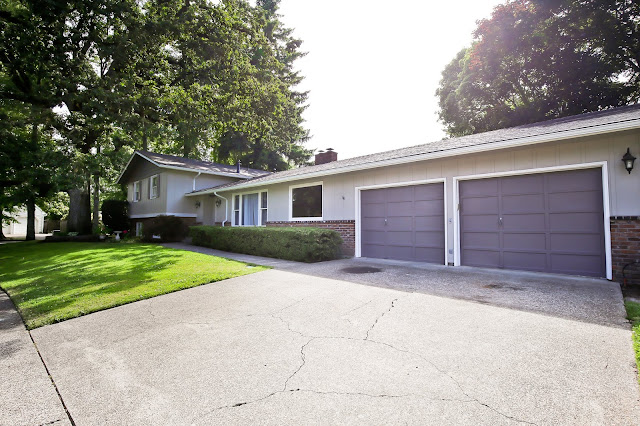 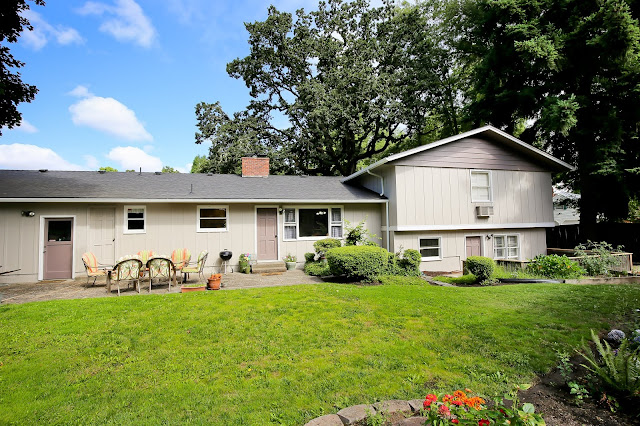 We finally hired a company to come do our yard. The results have been so worth the money! 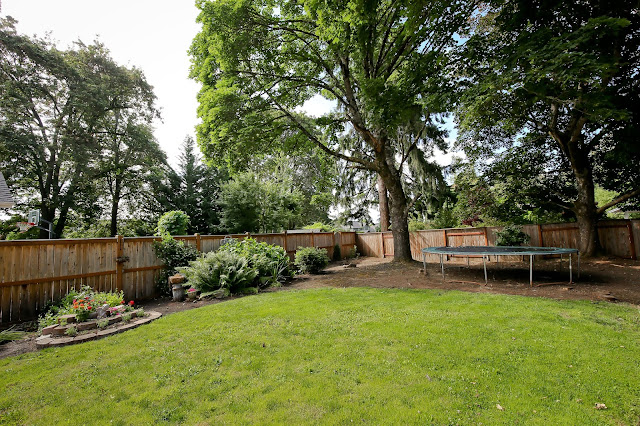 So what do you think?
Hugs,

One thought on “The Painted House”